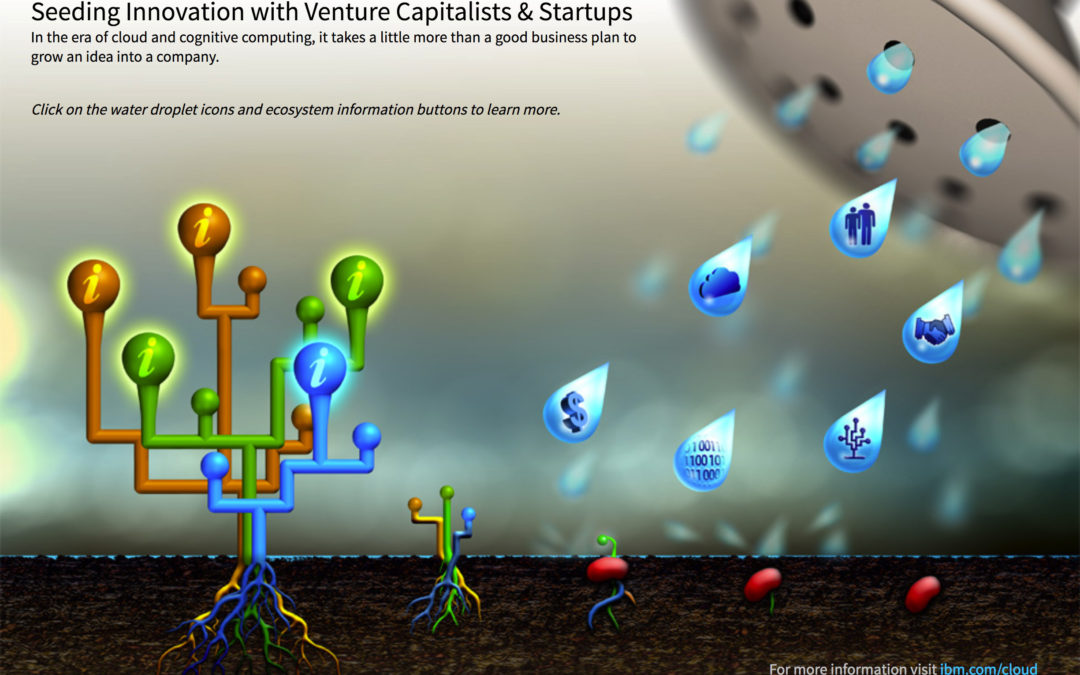 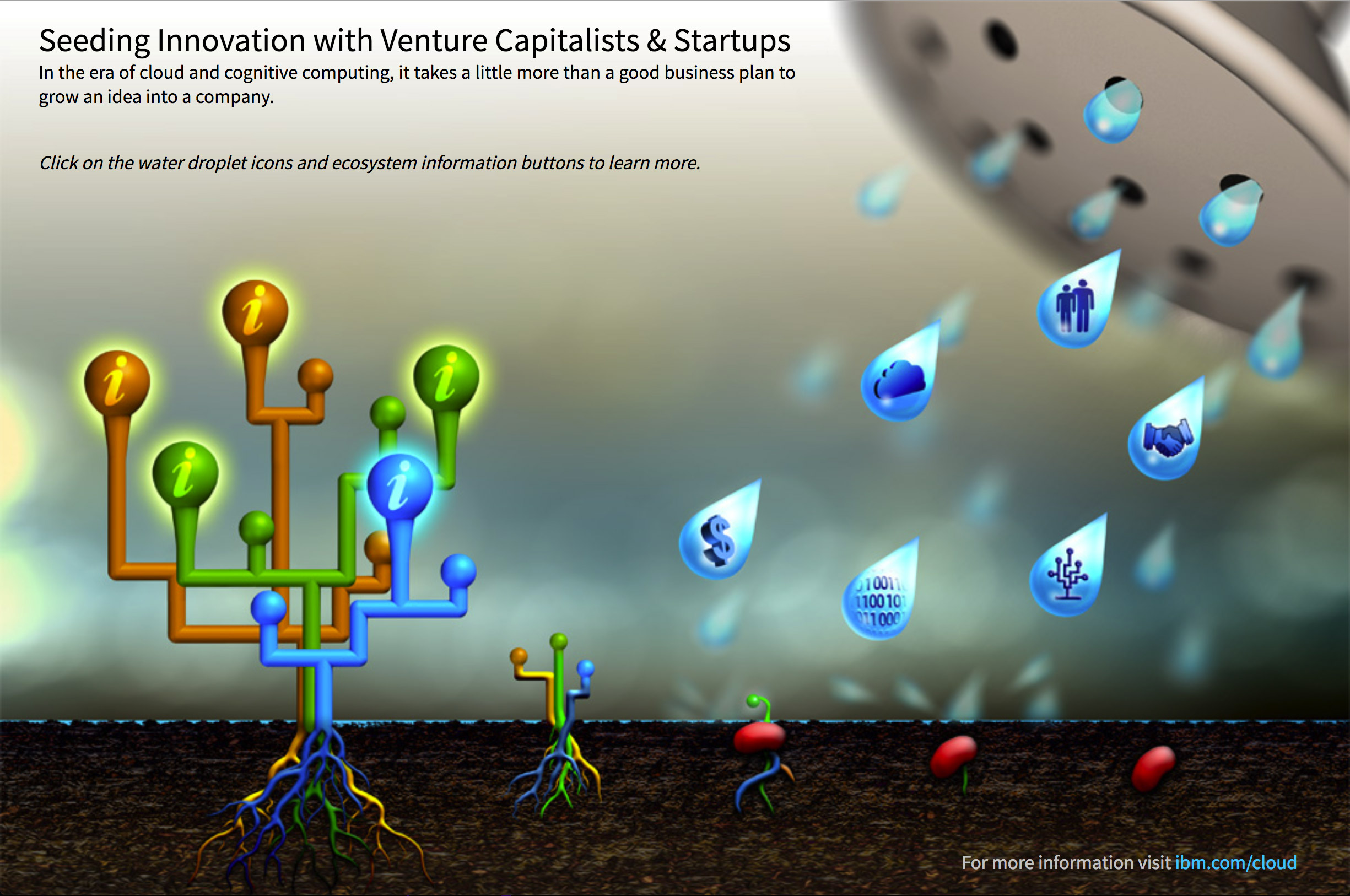 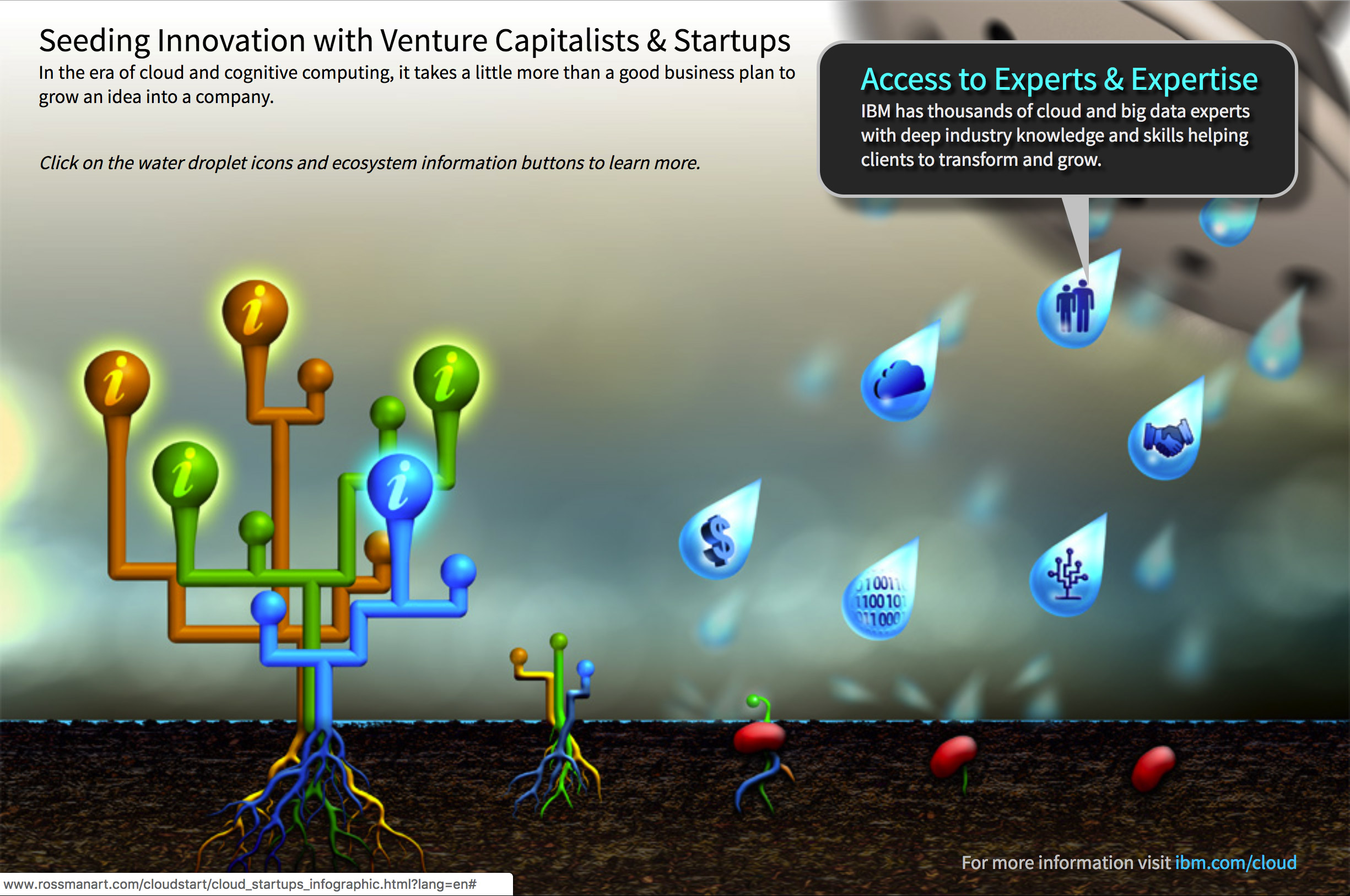 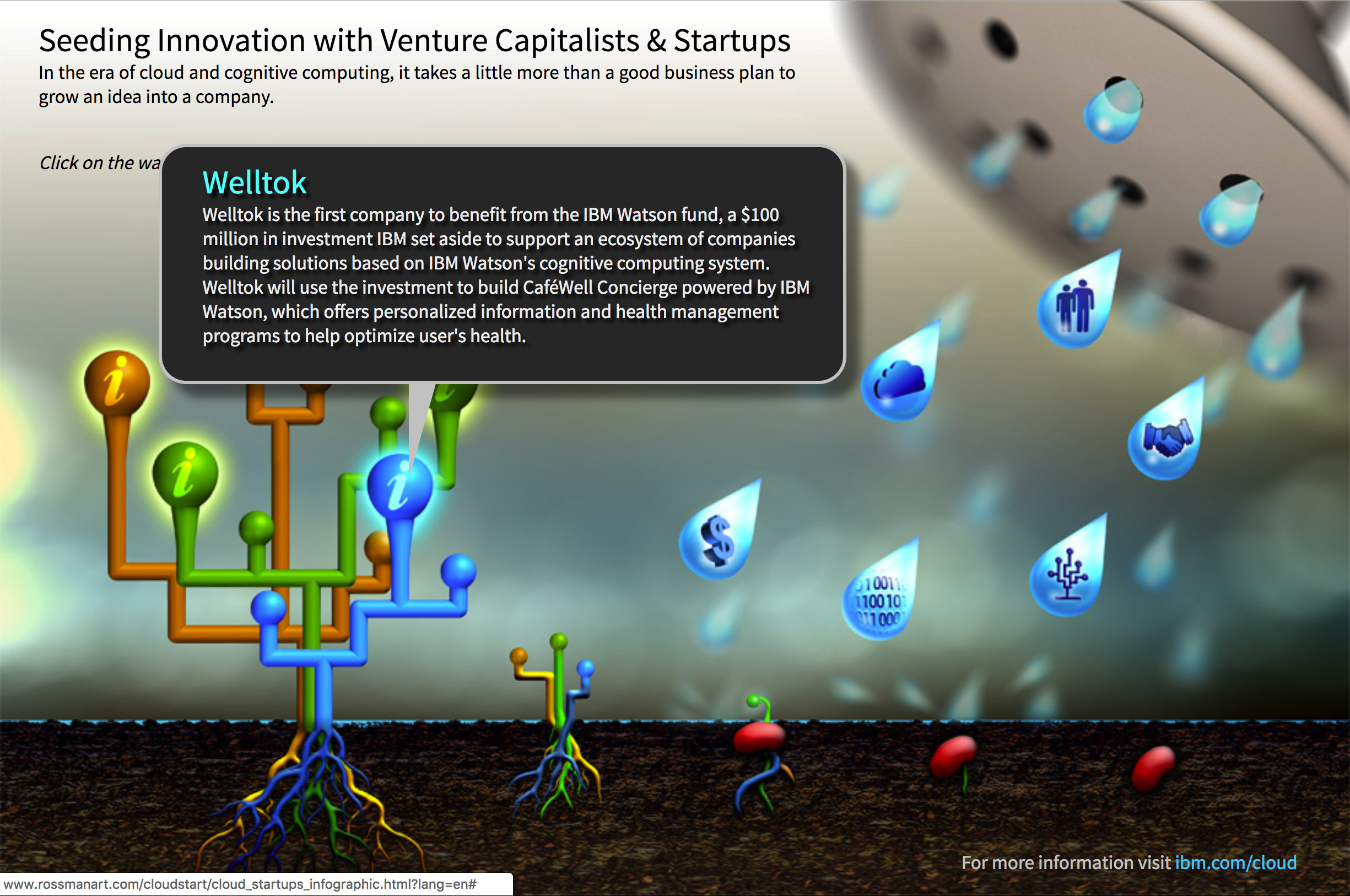 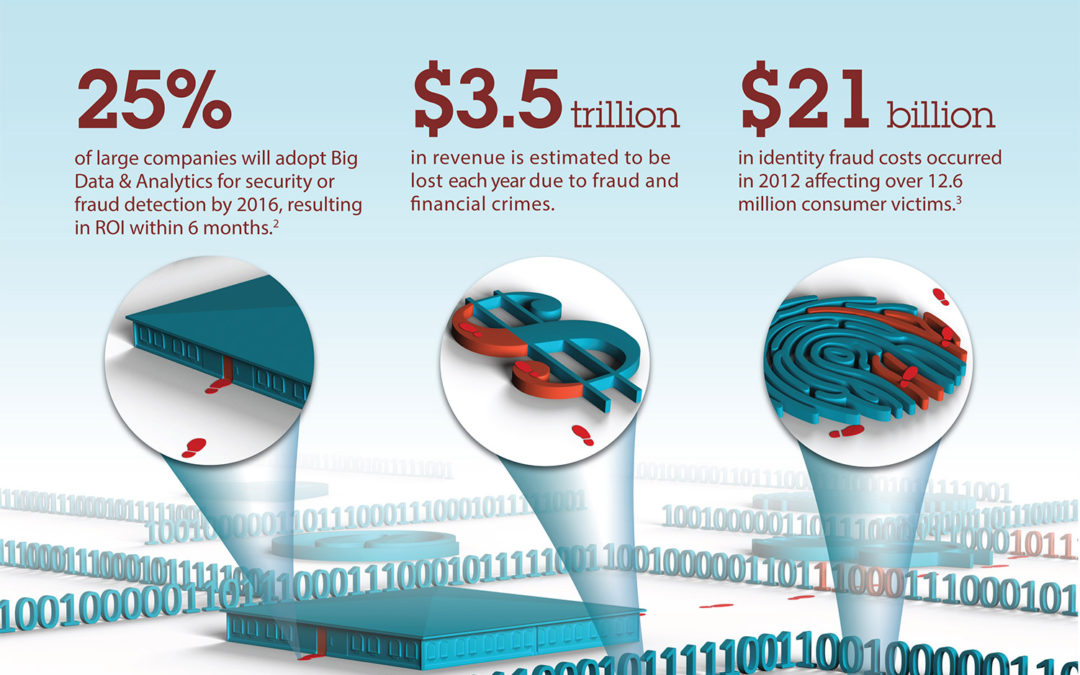 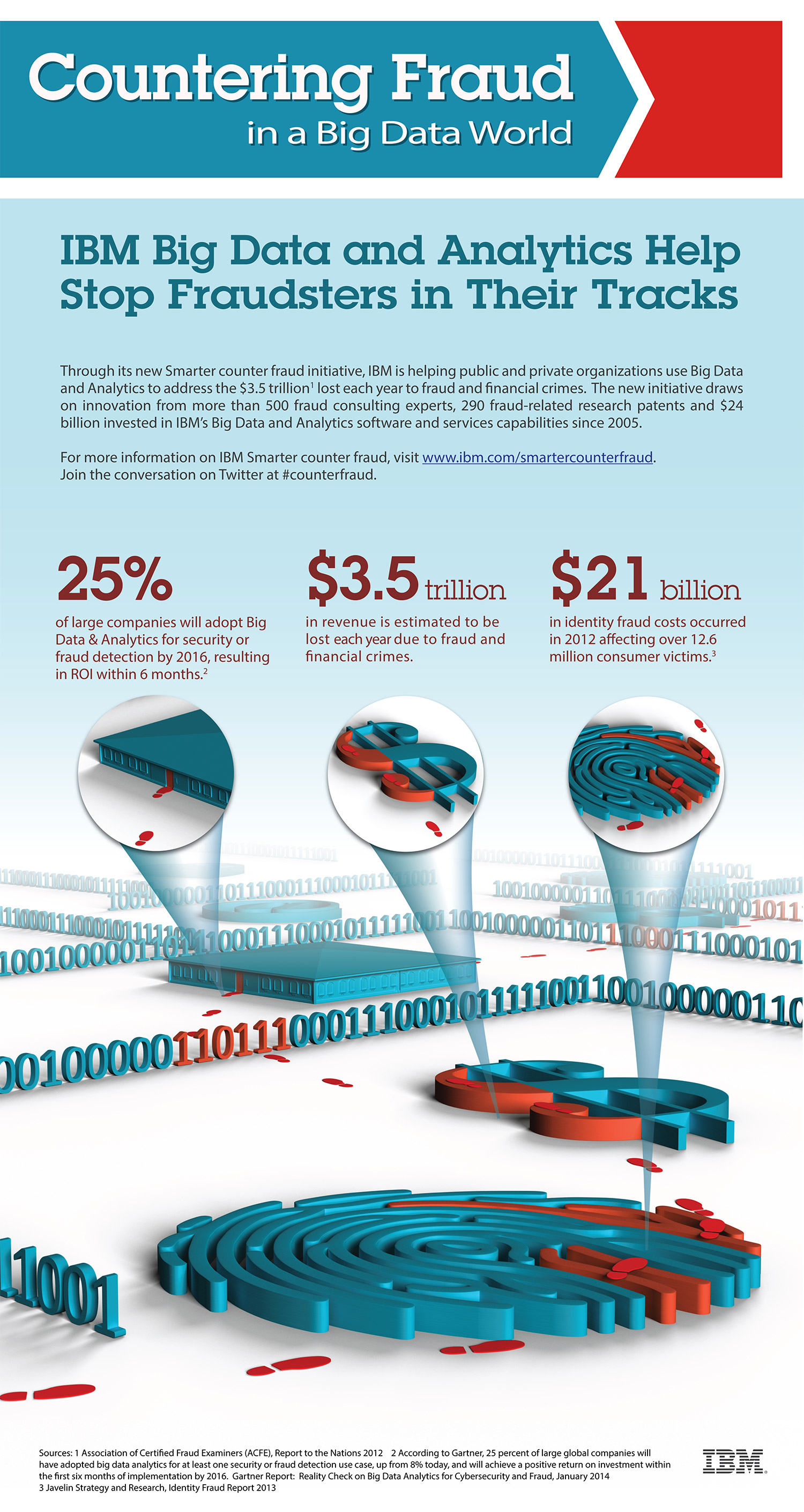 This IBM counter fraud infographic illustrates the concept that fraud is a systemic problem infiltrating vast and critical areas within a Big Data world. Rossman Art designed the infographic to go with news articles in print or web format as a JPEG, but the infographic also acts as a signpost to IBM’s counter fraud initiative when in PDF format with active links. Rossman Art designed the layout in Illustrator and Photoshop as linked smart objects. The copy and design elements are laid out in Illustrator. Three bubble graphics link to a custom view of a 3D render in Photoshop with the lower section of the graphic from a second full perspective view of the same 3D models. The active links must be applied in Acrobat Pro after PDF conversion because this capability is not possible within Illustrator.

Here is an excerpt from an article by the Security Lion Blog featuring this infographic at full resolution:

IBM has introduced new software and services to help organisations use Big Data and Analytics to address the $3.5 trillion lost each year to fraud and financial crimes. Through sophisticated business expertise and analytics, organisations can adopt an holistic approach to address the financial losses caused by fraud while at the same time protecting the value of their brands. 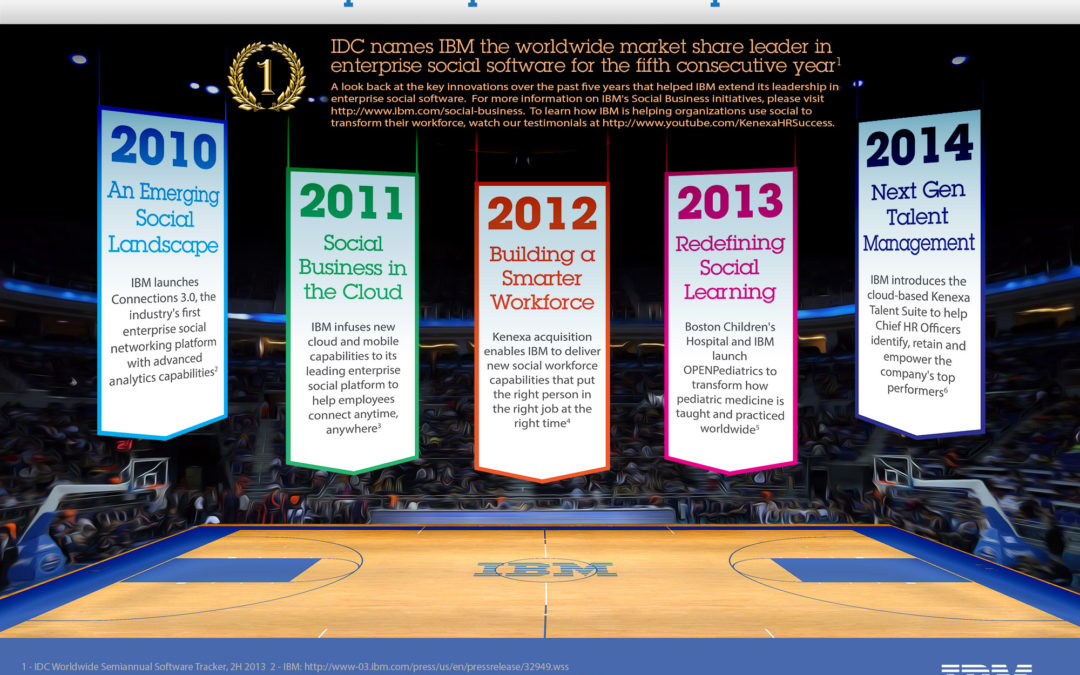 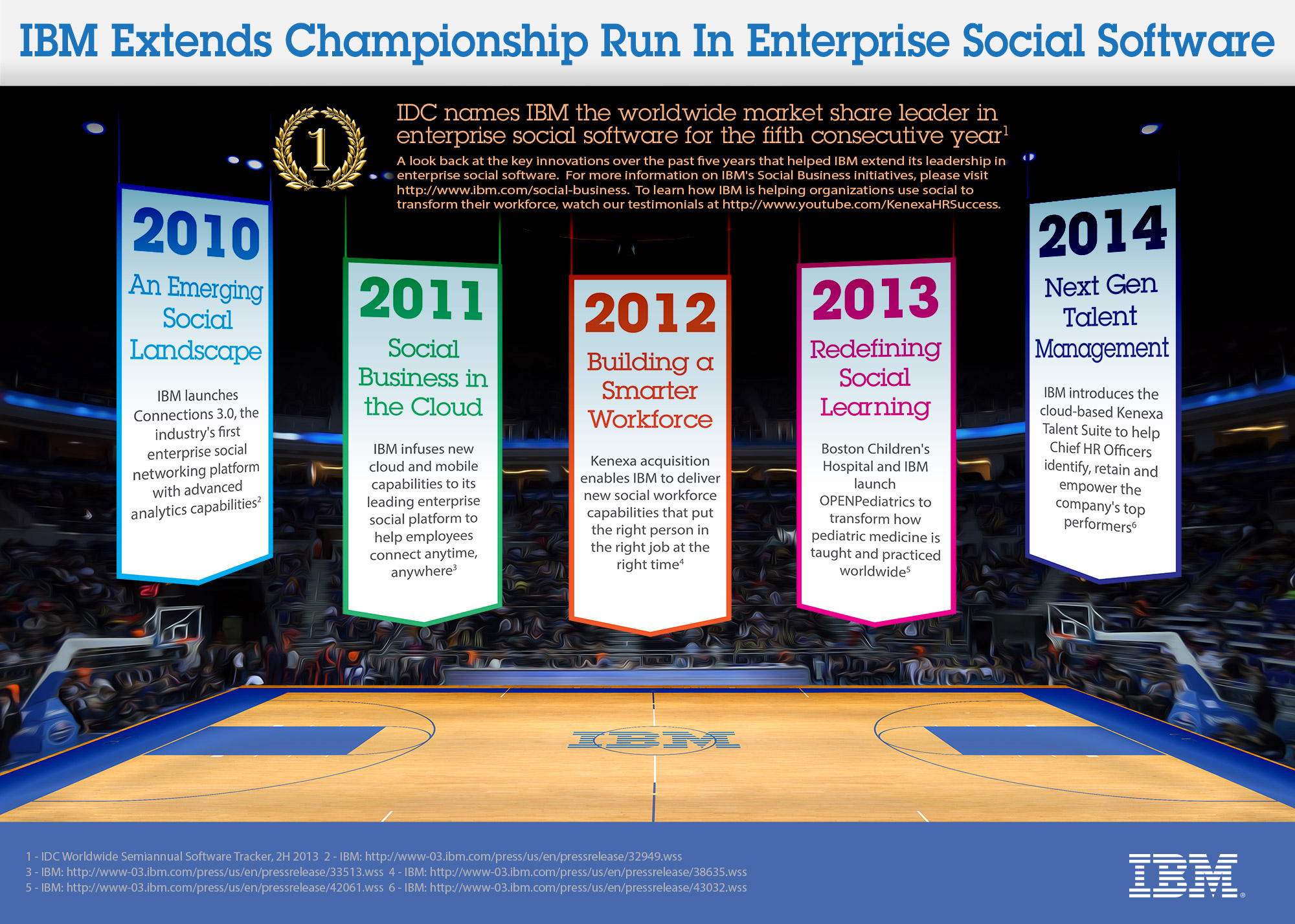 This infographic showcases a five-year run by IBM as market share leader in enterprise social software. The graphic’s concept centers around displaying yearly achievements as banners similar to those seen in an NCAA championship arena.

Here is an excerpt from the associated news release:

Armonk, NY – 24 Apr 2014: IBM (NYSE:IBM) today announced that for the fifth consecutive year, IDC ranked the company number one in worldwide market share for enterprise social software. According to IDC’s analysis of 2013 revenue, the worldwide market for enterprise social software applications grew from $968 million in 2012 to $1,242 million 2013.