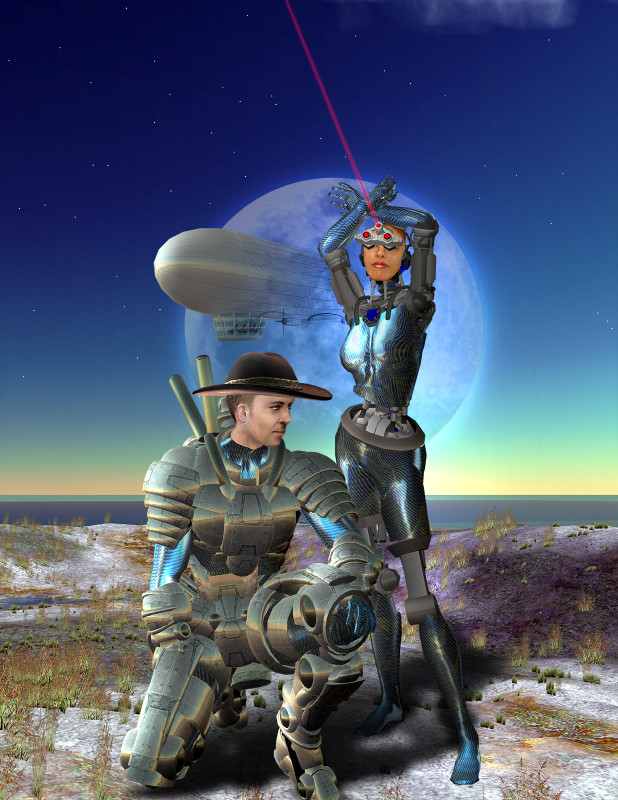 Jeff: This Illustration appears on the “How to Do Everything with Second Life” book, published through McGraw-Hill. The full illustration, seen here, was cropped and redesigned for the book cover to accommodate space restrictions. The concept was to depict the surreal and adventurous environment often encountered in Second Life, where “virtually” anything is possible. The figures and foreground in the illustration are captured at high resolution out of the Second Life virtual world environment and layered together digitally in Photoshop with effects to enhance the scene. Many of the textural elements on the figures, including the hat and skins were created by yours truly under the Second Skin Labs brand name in Second Life. The pose on the robot is a tribute to Michael Whelan’s famous “Robots of Dawn” illustration seen on the cover of Issac Asimov’s like named book. Read more about the Second Life book here (https://rossmanart.com/project/everything-second-life-book/). 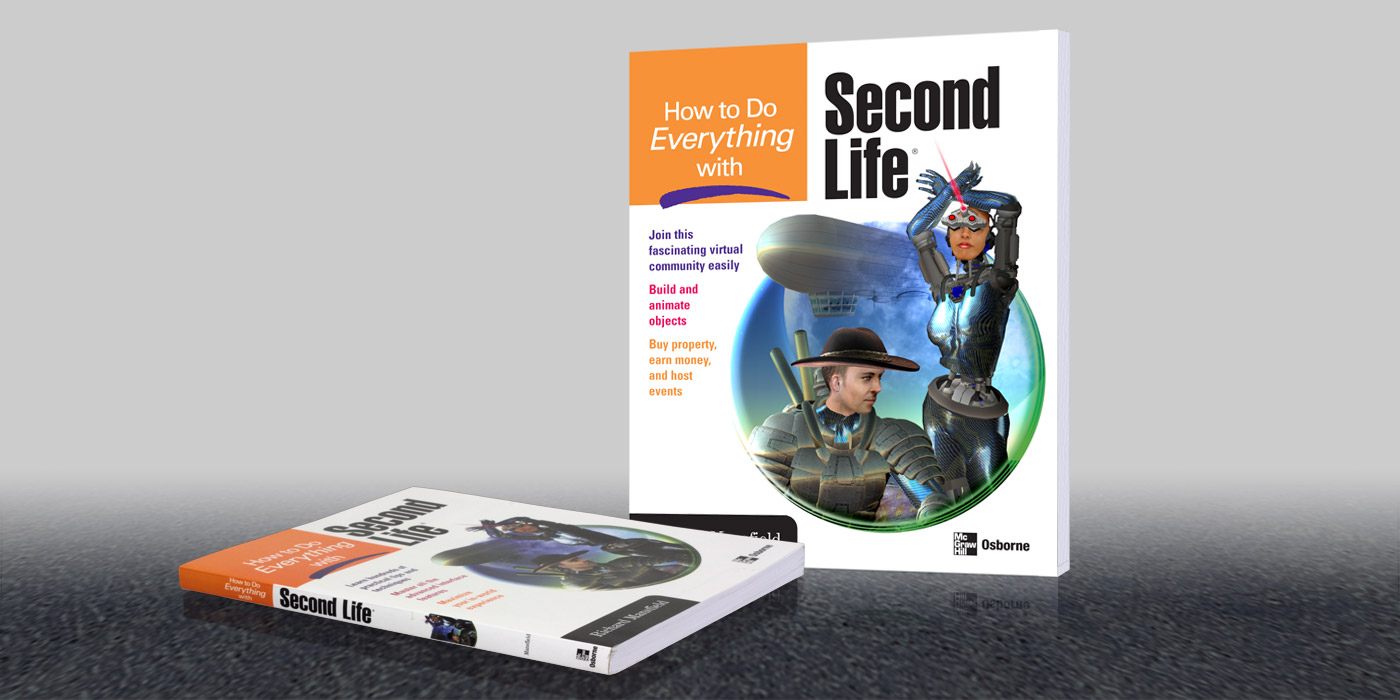