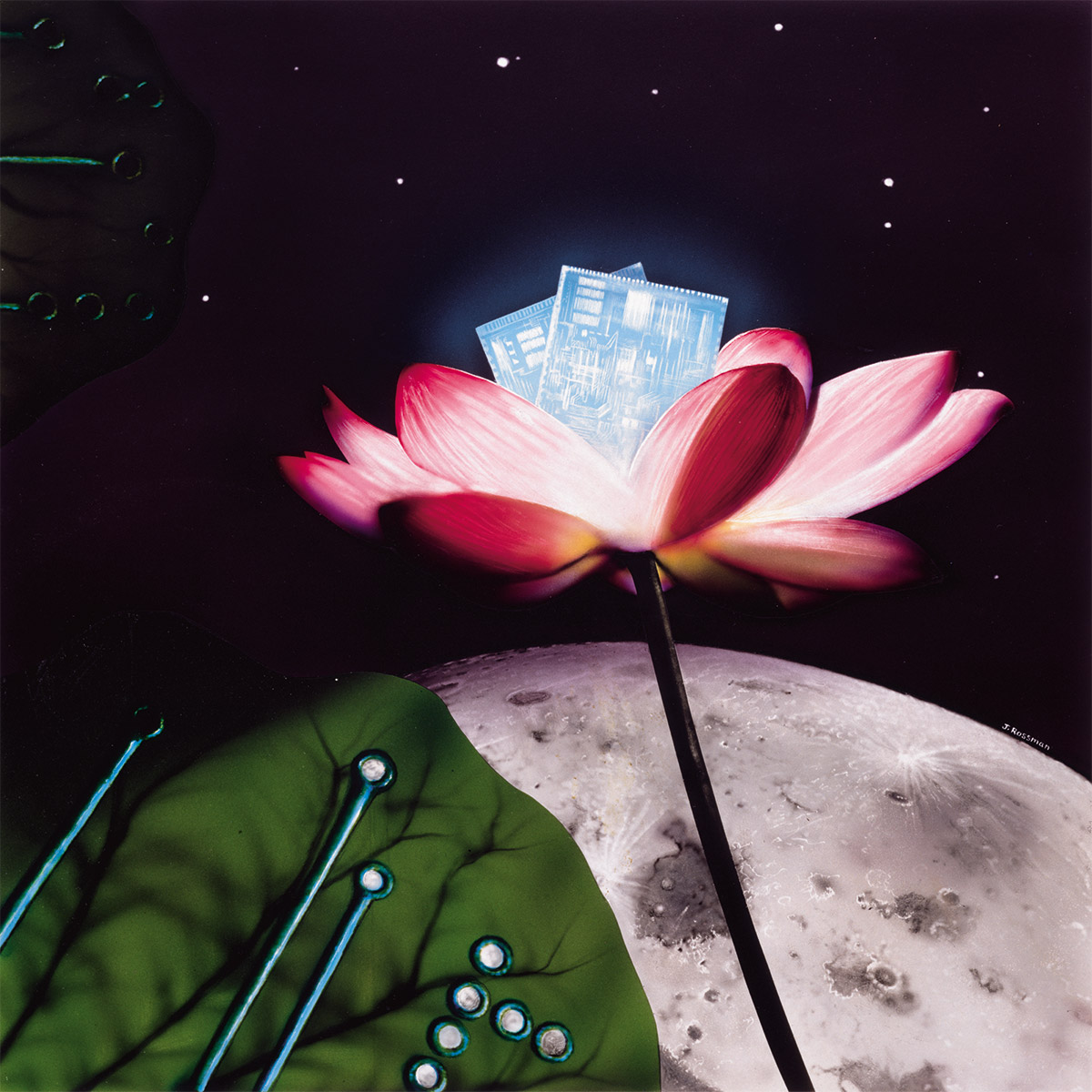 This illustration appeared in an Applied Materials annual report recalling the birth of such technologies as printed circuit boards, the microchip, and personal computer. The lotus flower in the illustration is symbolic of the blossoming software industry (specifically referencing Lotus software). The moon in the background represents one prominent goal driving the technology that ultimately lead to the boom of the semiconductor industry. The race to the Moon was largely a cold war agenda when the Apollo missions were being run, but the research that supported this effort accelerated the growth of the technologies mentioned above.