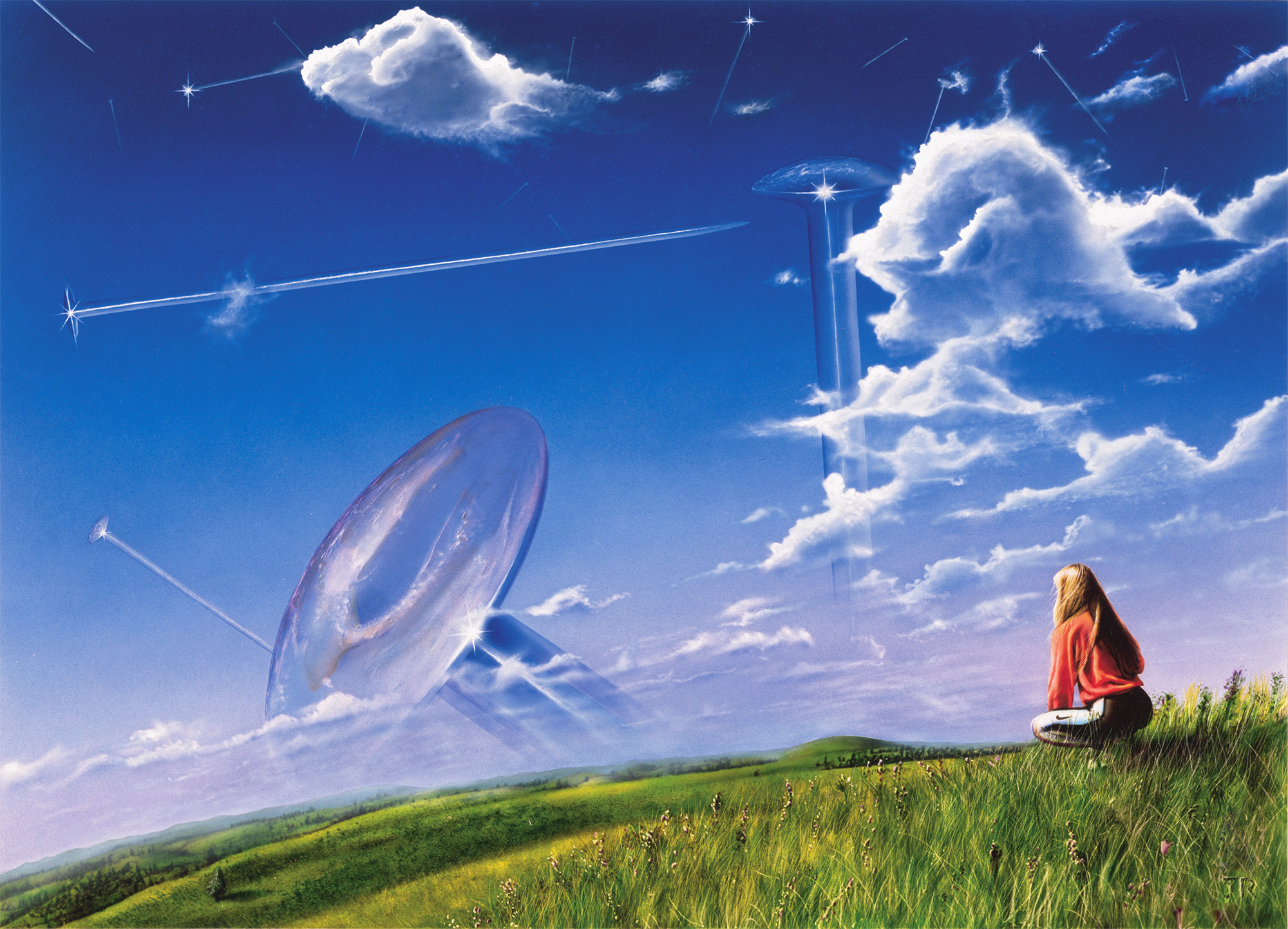 Jeff: Angeldance is an illustration I commissioned myself to do as a visual exploration of worlds within worlds. The title of the work is an allusion to the theological question “How many angels can dance on the head of a pin?” Originally this question was posed to debunk mediaeval angelology. My visual interpretation doesn’t necessarily refer to non-corporeal beings, but does refer to contemplating infinite space. The answer to the rhetorical question is similar in both cases – When dealing with infinities any number is irrelevant.