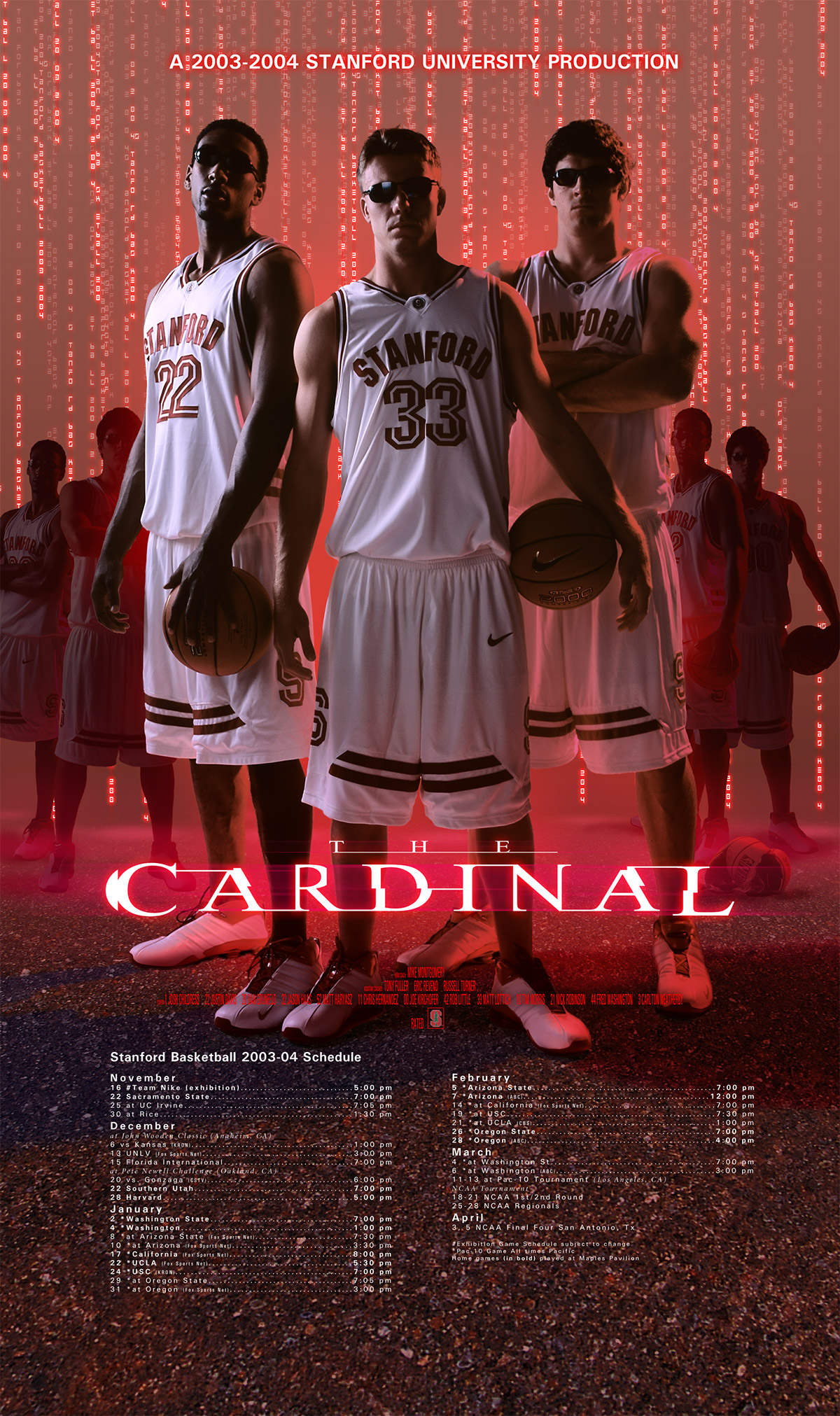 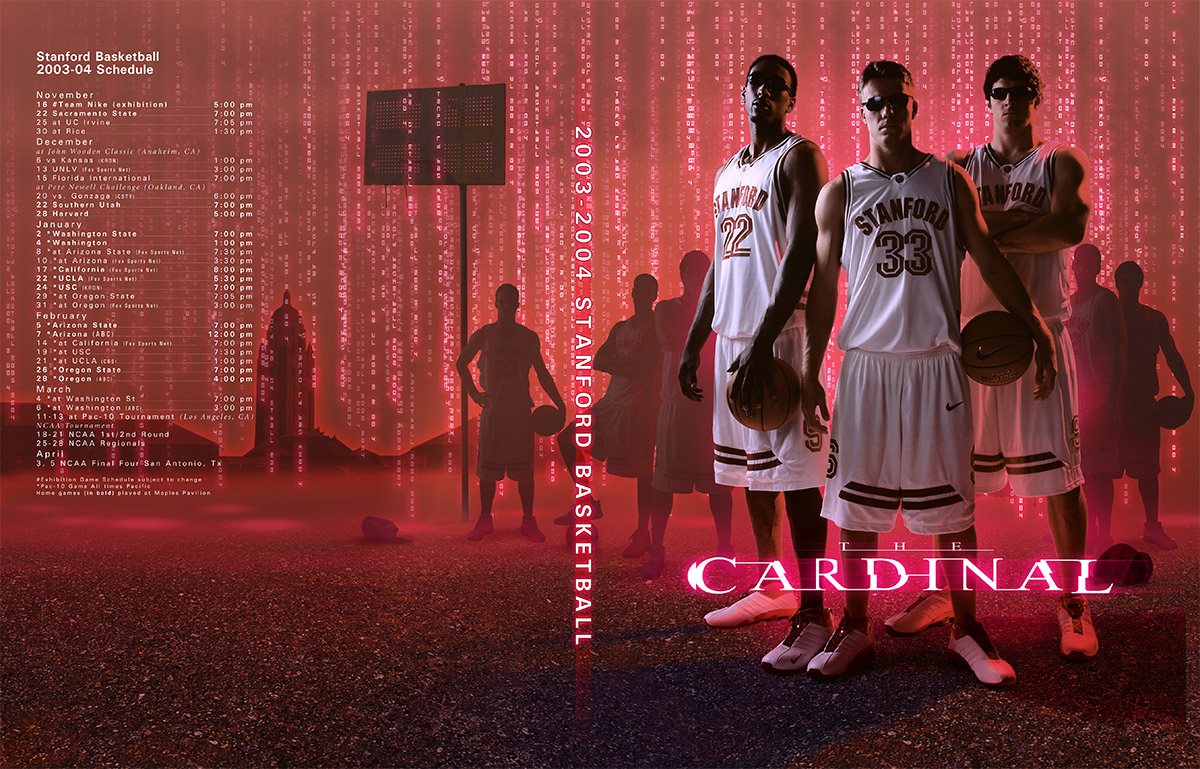 Stanford University’s athletics department commissioned Rossman Art to produce sports media guide covers for their football and basketball organizations during 1997-2007, which was when the Matrix films debuted and became part of the popular culture. Rossman Art produced this Basketball Media Guide Cover in collaboration with Terry Smith Creations for Stanford University’s 2004 basketball season. A major purpose for this and other media guides is as a recruiting tool to new players. Media guide covers are often the first introduction for these potential All-Stars. Therefore, an identifiable and eye-catching image is paramount. This design captured that goal in a timely fashion.

View a complete step-by-step process of how this media guide cover was produced in Rossman Art’s Hands On section.