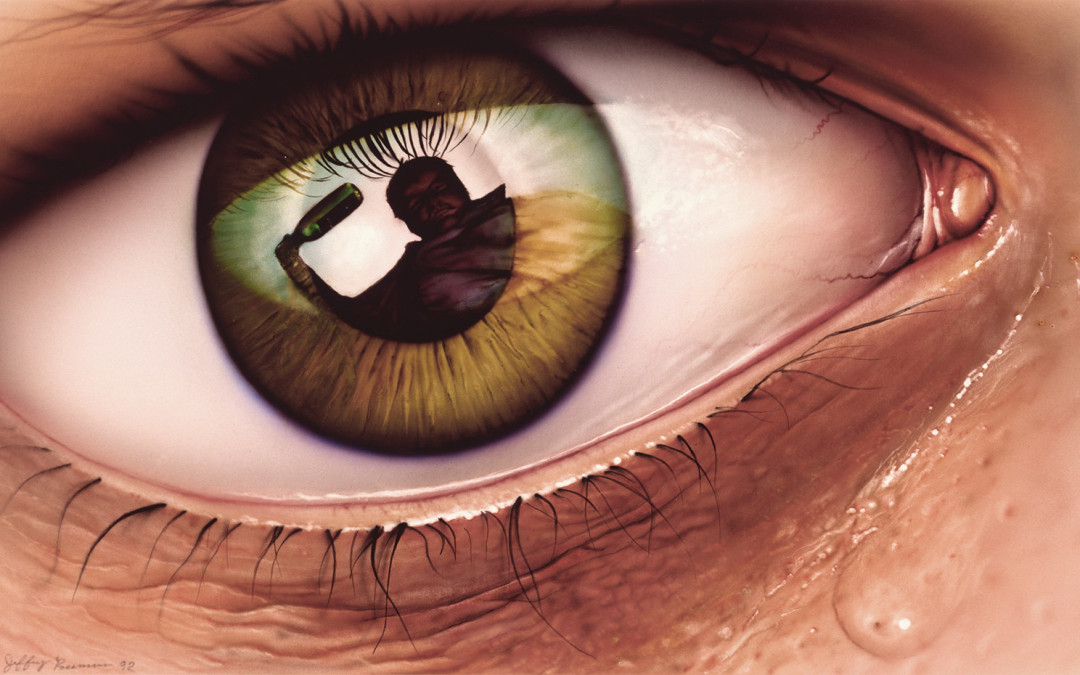 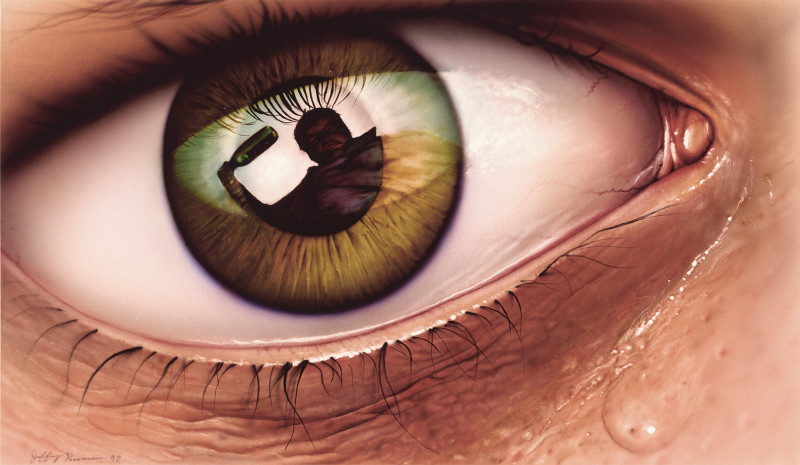 I originally produced two separate illustrations for and editorial on alcoholism. Later, I produced a combination of the two illustrations in the one seen here. Although it was never used in the editorial I felt it was a more powerful image with the subject inside the eye of a close observer. 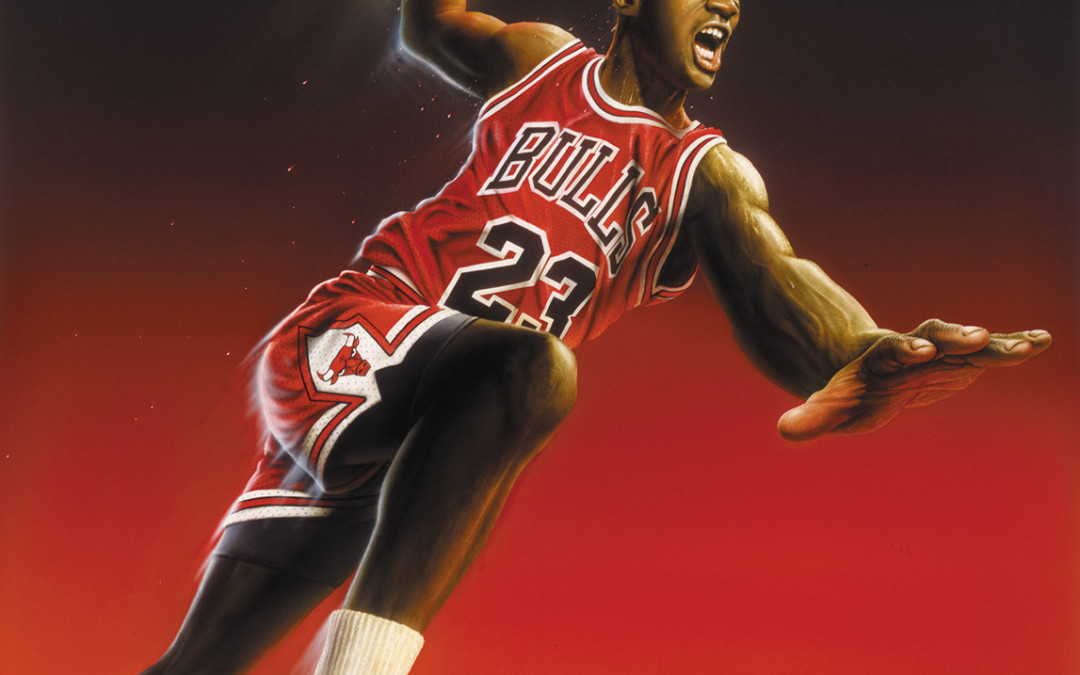 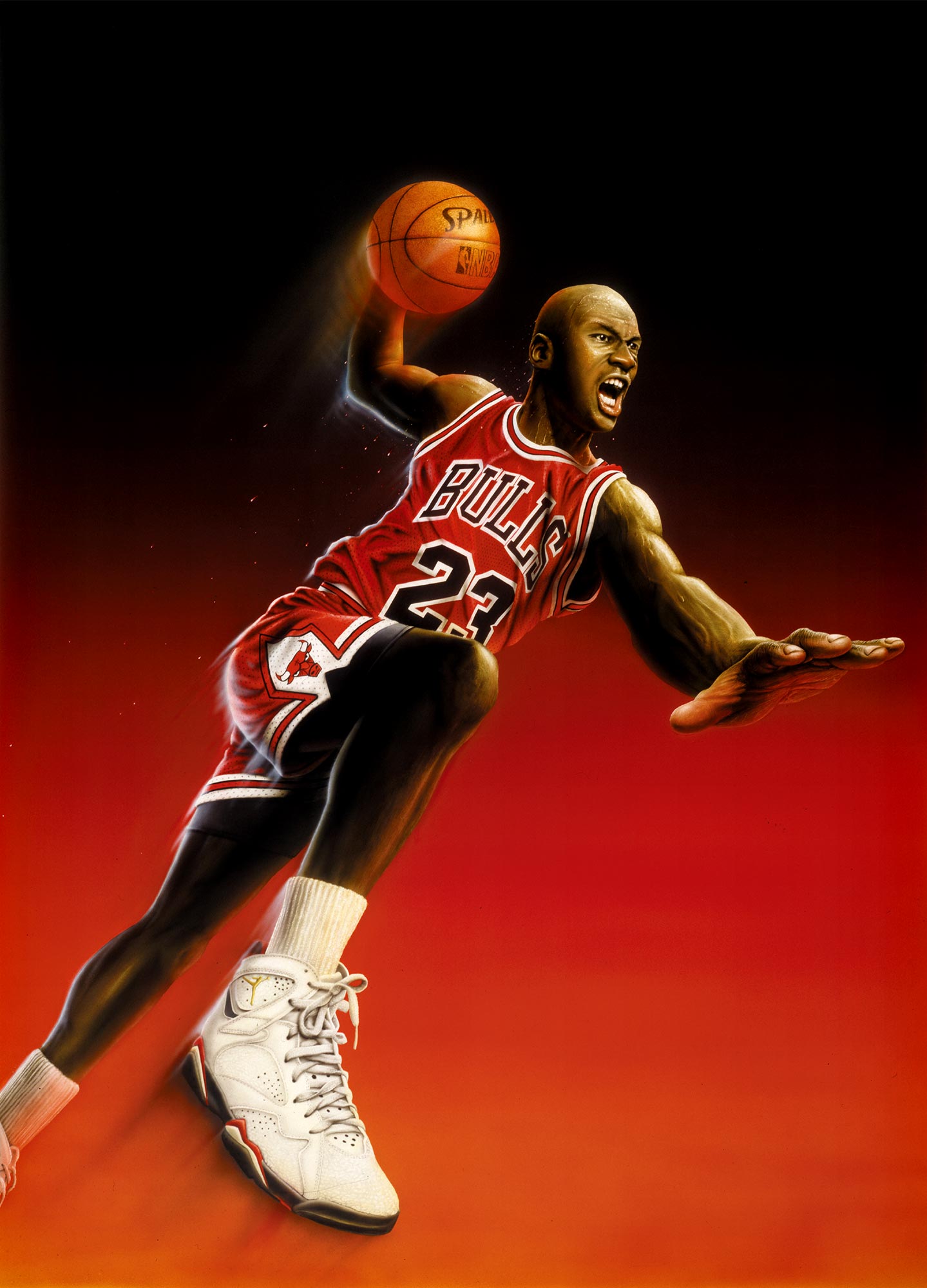 This toy package illustration was commissioned by Terry Smith Creations to accompany a prototype action figure of Michael Jordan. It is a 40″ x 60″ illustration painted with acrylic inks using an airbrush and paint brush on hot press illustration board. 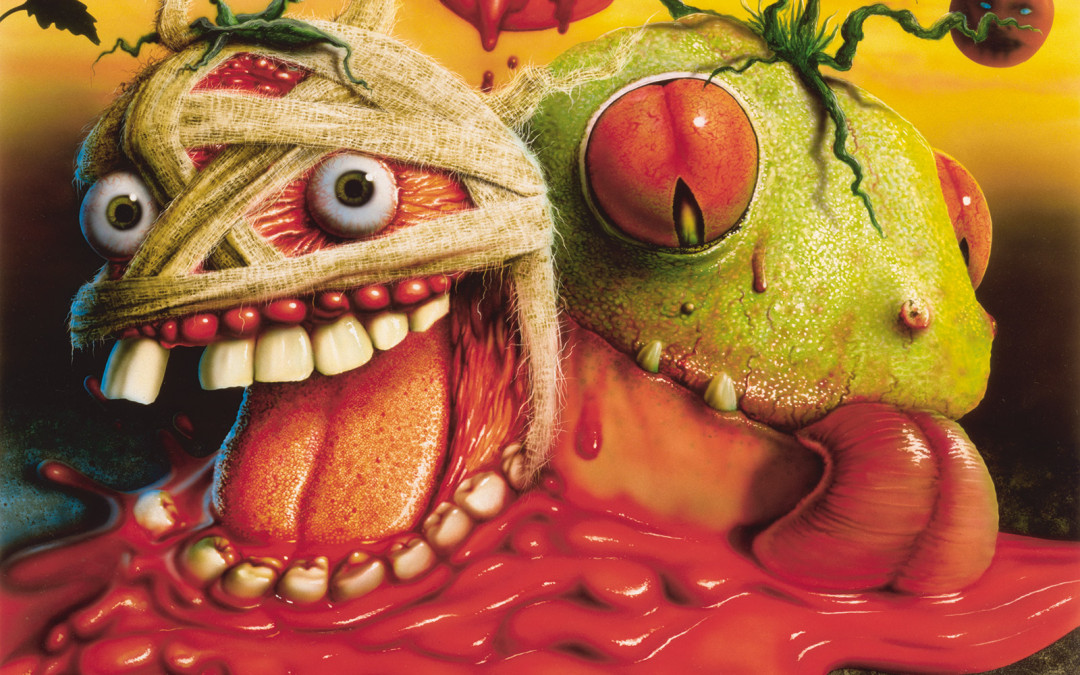 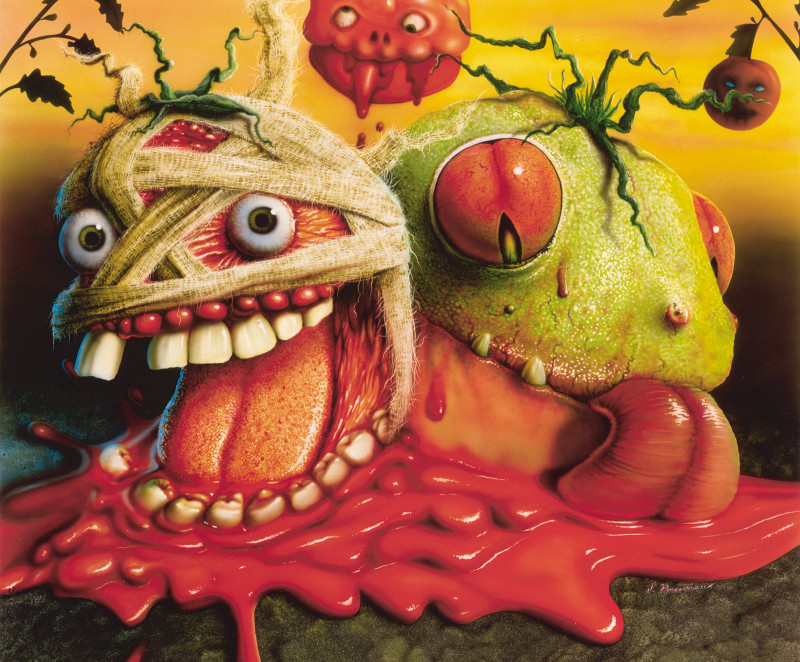 Killer Tomatoes is a concept illustration intended for use on a toy package. This was an extremely fun illustration to produce with freehand airbrushing effects. My favorite was a spatter and bleed technique for the tongue on the tomato in the foreground. Certain brands and colors of paint carry the perfect viscosity for this effect. Badger Crimson is one of them. 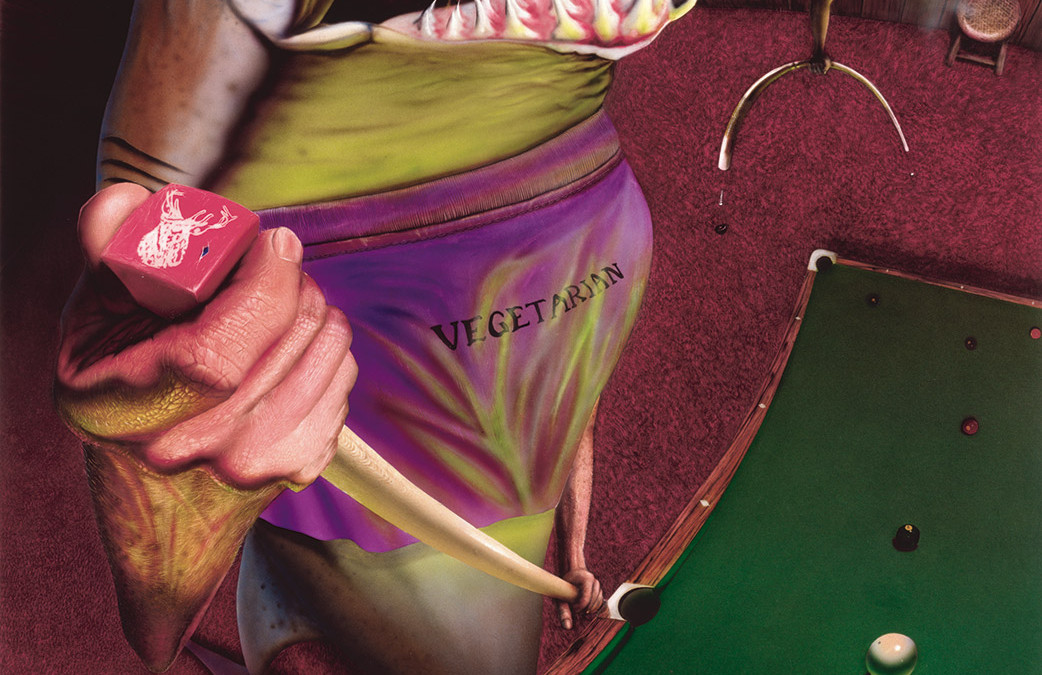 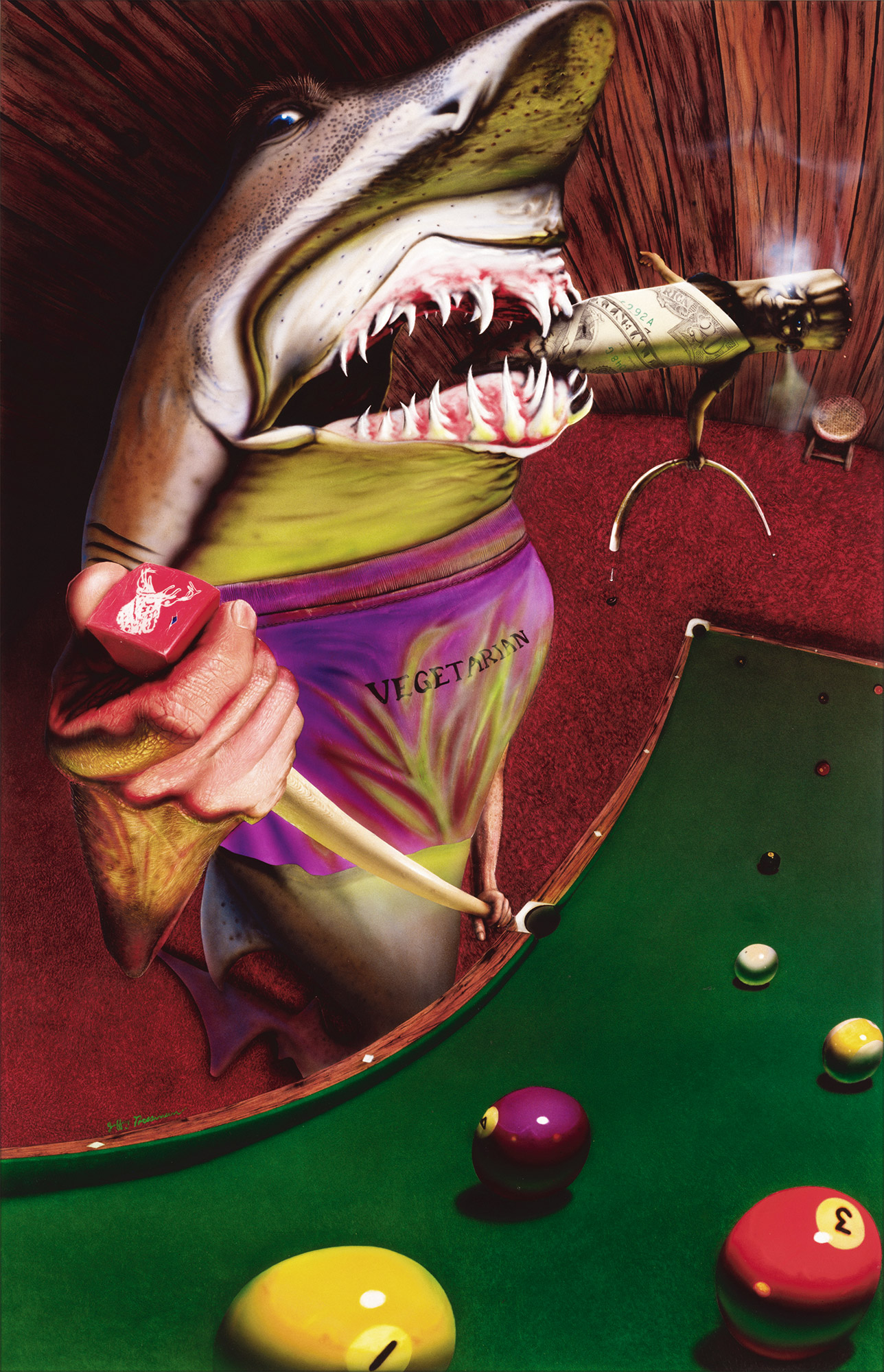 Jeff: “Pool Shark” is a private commission, illustrated in acrylic paint on hot press illustration board. It sits in a private residence in California in a game room on a wall next to a billiards table. Most of the illustration is a thin layer of transparent paint over white board, producing all the various shades and colors of the shark, balls, felt, and background in the illustration. 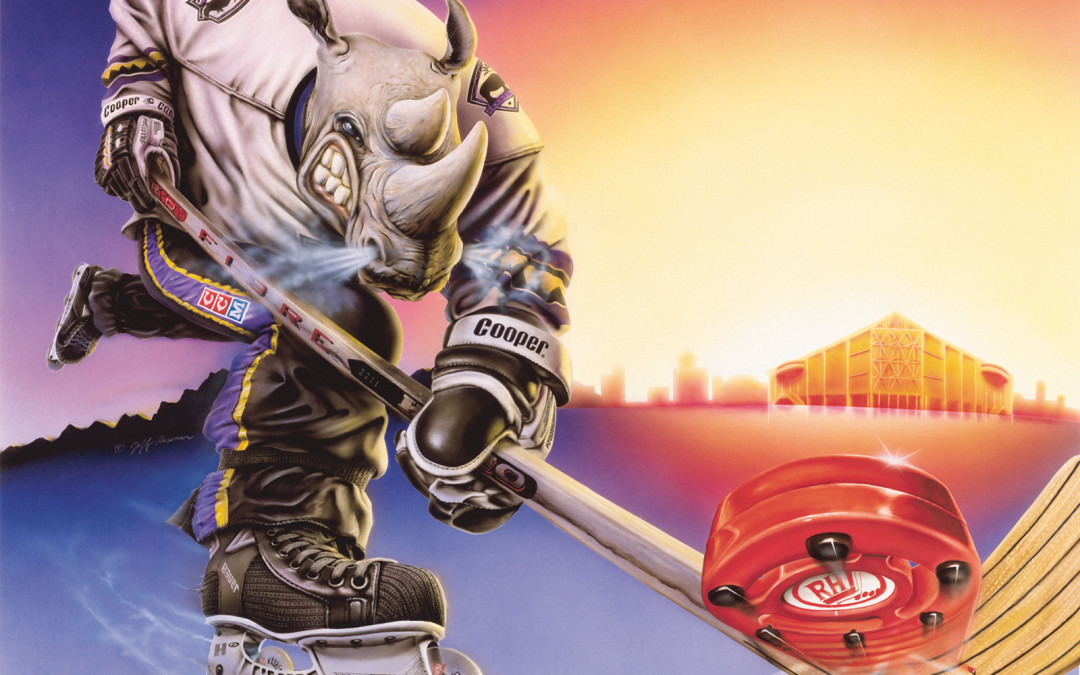 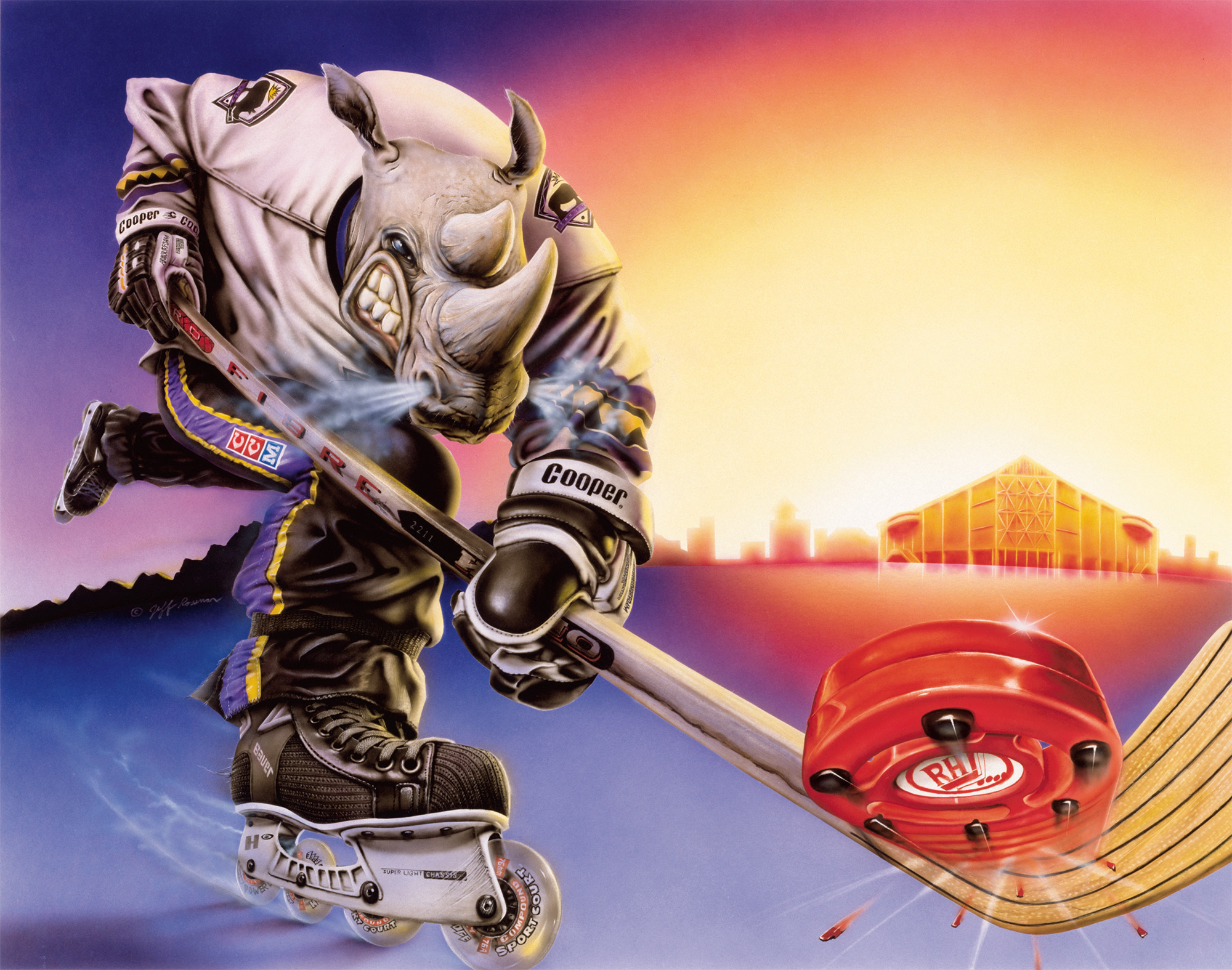